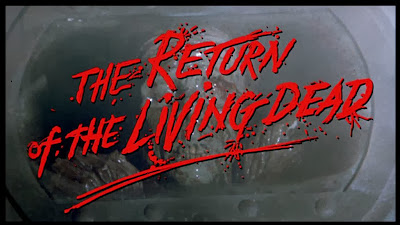 I guess the entire collection of 80's clothing styles are all represented within this group of people. How on earth did these people find each other and decided to group together, I don't know. 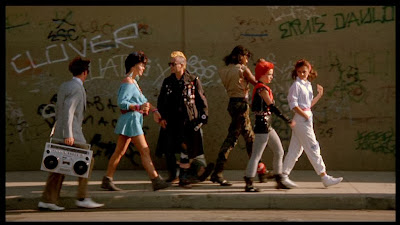 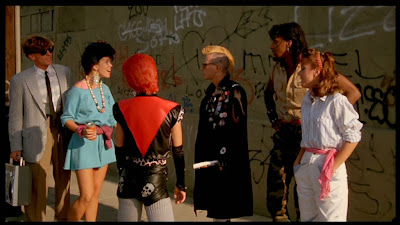 I like the hair of that dude. It's got a bit of a young Rick James feel to it. 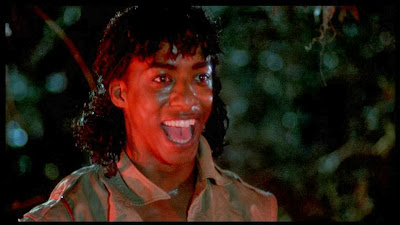 3. ZOMBIES RISING FROM THEIR GRAVES

It's mind-boggling how rare sight this actually is in zombie movies. In a way you'd expect every zombie film to have at least one dead corpse to dig his way out of his grave in a graveyard, but no, that very rarely happens. I'm glad this one has a nice graveyard scene, even though it's kinda ruined by an absolutely horrible choice of music. I know lots of people love the soundtrack of this movie but I can't stand the way they ruined the mood of many many many scenes by having some 80's happy pop-rock-punk nonsense played on them. Those songs don't fit in the scenes at all! The title theme is FANTASTIC though. I would've loved to hear that playing on this graveyard scene. 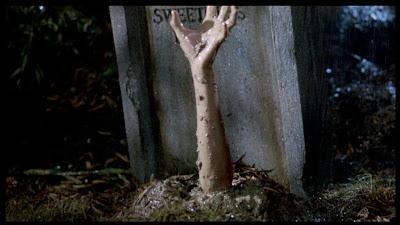 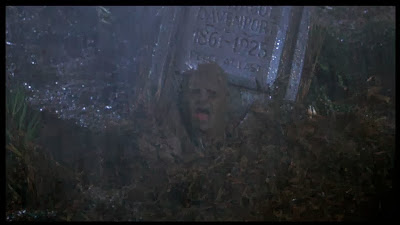 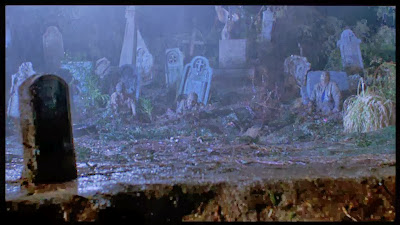 Even though this is partly a comedy, there are some scenes, moments and images that have some genuine creepiness in them. 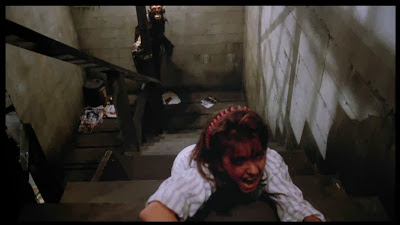 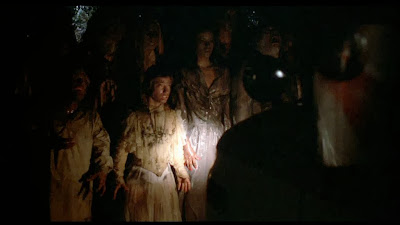 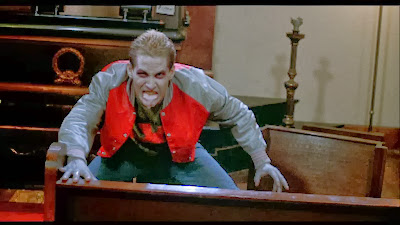 First of all, this is a great shot: Secondly, she's topless and naked through most of her scenes... 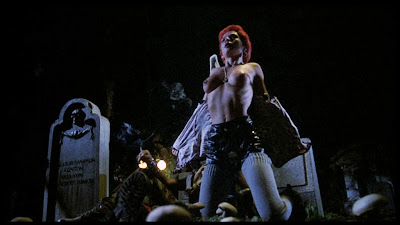 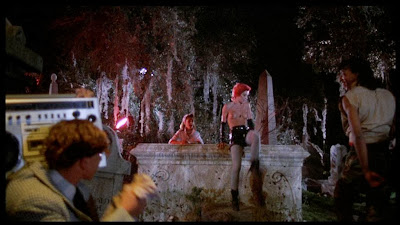 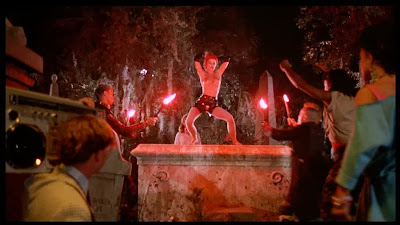 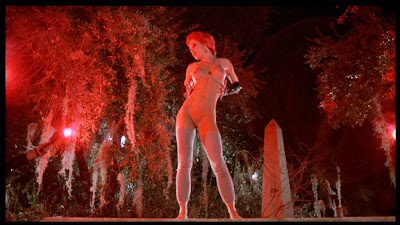 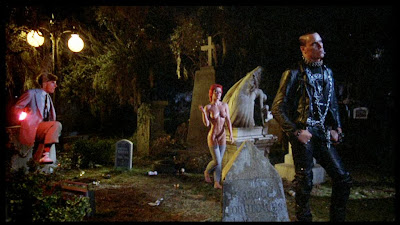 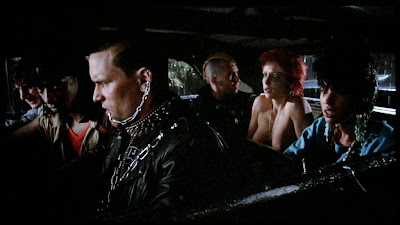 Thirdly, the shot of her walking through the fog is amazing... 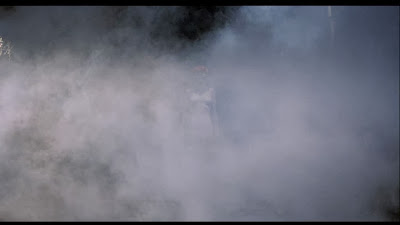 ...but damn, her face and mouth in zombie mode is unsettling and pretty much brings every ounce of arousal down very quickly. 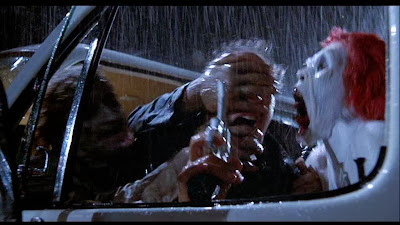 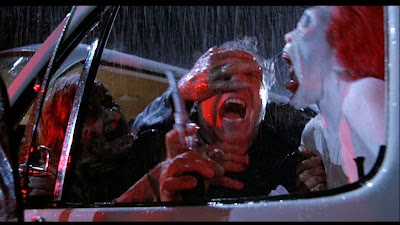 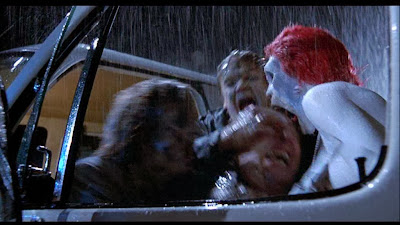