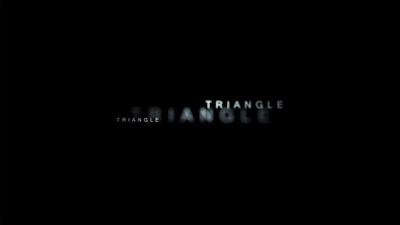 The ominous killer goes around with a bag on his/her/its head. The bag has tiny eyeholes and the killer sees through them! 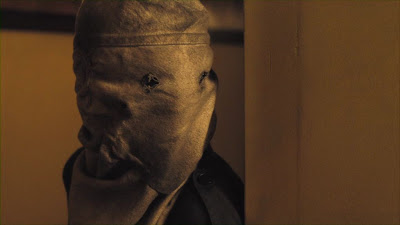 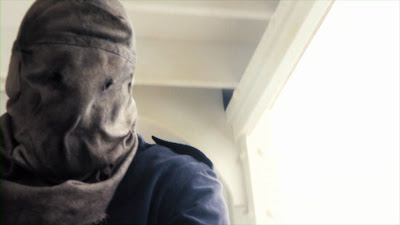 The only thing I missed in this ship was some casinos. Ship horror is most of the time at least momentarily entertaining. 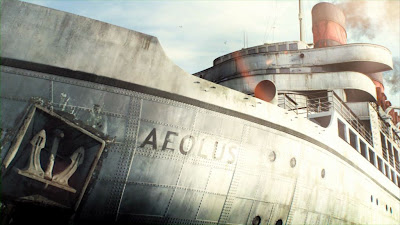 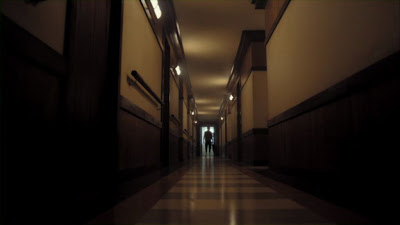 A movie must be good if at some point a character encounters herself. There's no "you can't interact with yourself or the space-time continuum will explode" bullshit. 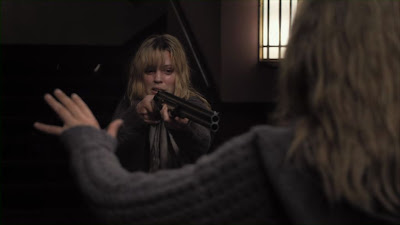 4. SEVERAL CORPSES OF ONE PERSON

Imagine being mortally wounded and trying to crawl to a safe place only to end up in a pile of your own dead bodies! This is TIME HORROR! 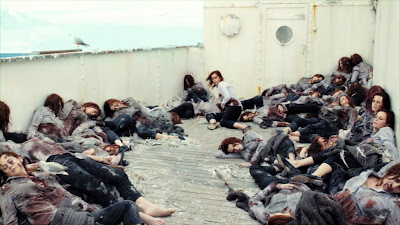 She is hiding from herself and suddenly a black bar rises from the bottom of the screen under her. If you look at each image, you can see the black bar moving around a bit. It looks like they are trying to censor her accidentally bared breasts, and I like to imagine that's the reason, but obviously someone messed up while creating a split-screen effect.

My philosophy is that there are no errors in movies. What is in a movie, it is 100% real in the movie's world. So, I'll take that as a mystic hyperdimensional void of darkness.

I don't know if it appears in all releases of the movie, but it is in the Finnish DVD released by Atlantic Film. 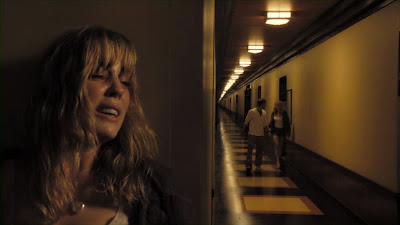 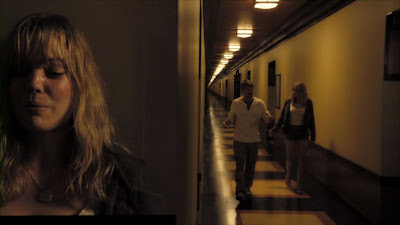 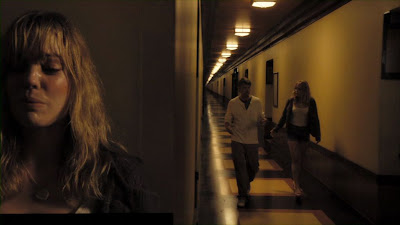 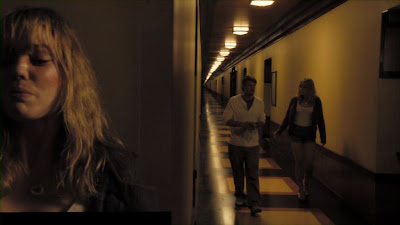